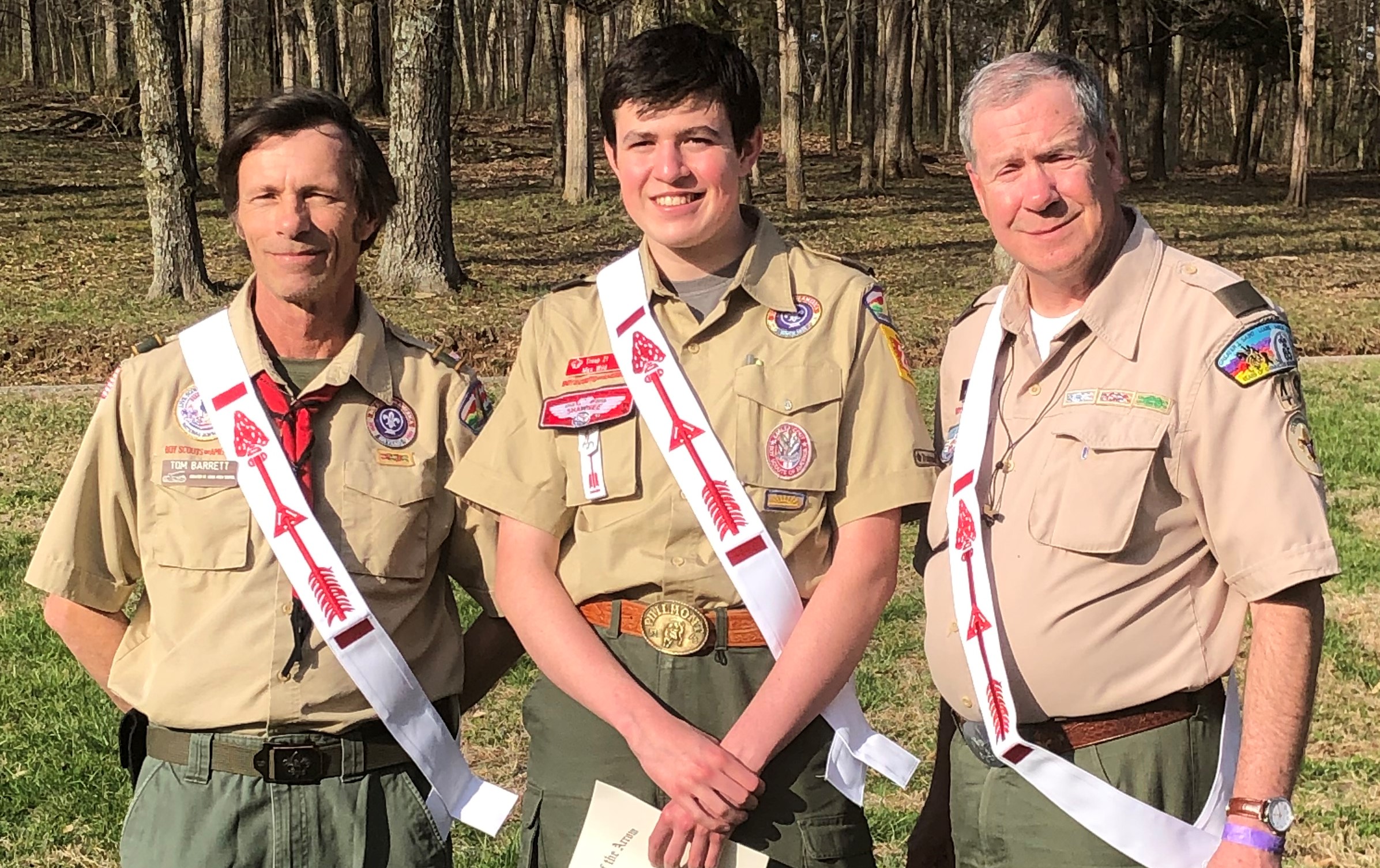 Scouter Garry Aronberg is committed to the Scouting Program. Earning Eagle Scout as a youth, he has remained steadfast in his dedication to his unit, starting it back up after it had folded and serving as its Scoutmaster . Over the years, Garry has served in the roles of Committee Chairman and Assistant Scoutmaster, and has served as Scoutmaster for over two decades. The Unit is the backbone of Scouting, and Garry has been the backbone of his unit for more years than the Scouts in his troop have been alive. For his unending passion for growing young men into leaders, we thankfully nominate Garry R. Aronberg for the Vigil honor.

Scouter Tom Barrett is an ardent supporter of the Scouting program. With a clear passion for training, Tom has served on his District’s Adult Leader Training Staff and Roundtable Staff along with serving on multiple courses of Wood Badge staff. Tom is also very involved in many of the Council’s fishing programs, including Certified Angling Instructor Training. Tom is also well known for his frisbee golf passion and was instrumental in putting together a course at S-F. Tom’s willingness to serve is known by most who come in contact with him and has a great impact on the youth in his Unit and the leaders he trains. For his dedication to developing both Scouts and Scouters into better leaders, we enthusiastically nominate Harvey T. Barrett for the Vigil Honor.

Eagle Scout Max Wild is a dedicated and hardworking member of the Order. Since his induction, he has played an important role in his Chapter and District. Max served as his Chapter’s Service Chairman, planning several service projects, allowing others to have more opportunities to complete their Brotherhood requirements. He has also served as Chapter Secretary and First Vice Chief, devoting time and effort to ensuring his Chapter runs smoothly. At the District level, Max has served on several Camporee Staffs, also performing the role of Campmaster. For his continued service to his Unit, District, and Chapter, we ecstatically nominate Max J. Wild for the Vigil Honor.